NEXT STEPS FOR NORTH QUEENSLAND 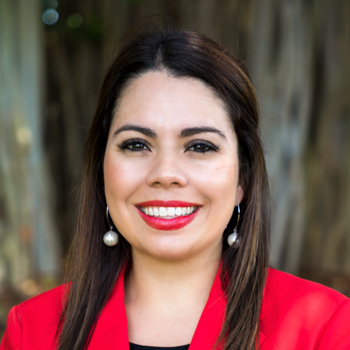 On Saturday we saw the return of the Palaszczuk Labor Government, with a strong indication that Labor will continue to hold our local seats of Townsville, Thuringowa, and Mundingburra with Scott Stewart, Aaron Harper and Les Walker. We also saw the re-election of KAP incumbents Robbie Katter for Traeger and Nick Dametto in Hinchinbrook, and the LNP's Dale Last for the Burdekin. Congratulations to the Premier and our region's elected representatives.

North Queensland continues to play an important role in any election. Our region is not just politically significant for Queensland, but economically significant due to our diverse and rich industry landscape which we know can create jobs for the North and the State.

While the outcome of this State Election is an acknowledgement of the Premier's handling of the COVID pandemic, it’s important to also highlight the commitments to projects and policies that aim to stimulate economic recovery and resilience and create jobs for the future.

Advanced manufacturing, training and skills development, education, and health were focus areas of Labor's election promises, complimented by commitments towards grass-roots infrastructure for a number of local councils and community and sporting groups.

Additionally, prior to the election kicking off we saw budgeted commitments announced towards Big Rocks Weir, the Museum of Underwater Art, Drive It NQ, and keeping Glencore's doors open in Townsville and Mount Isa. It is critical that the funds flow to the projects as soon as possible.

We are pleased that Labor has "Fully Committed" to supporting EIGHT priorities in our Unlock the North document and expressed "Partial Commitment" towards TEN other key outlined projects and policies. This can be seen by scrolling down to our final 'Election Update' which was published in the Townsville Bulletin on Saturday. Importantly, these outcomes - with a swag of “green lights” for our region - reflect engagement and advocacy well in advance of the election as part of our ongoing project pipeline to unlock the North.

While the success of the platform to date is by any measure terrific for our region, given our pipeline of projects is never about any one election or budget, there is ongoing work to do. There are still more regional projects that also need to be prioritised, such as Hinchinbrook's Dungeness access and Burdekin's Ayr industrial Precinct. We will work with all our re-elected MP's as part of our ongoing advocacy.

Today Deb Frecklington announced she will be stepping down as Opposition Leader and there will be a new Opposition leader. We thank Deb for her positive engagement with Townsville Enterprise over the past three years as Opposition Leader and wish her well in this next term as the re-elected Member for Nanango. We will always engage with all our representatives on a non-partisan basis, and while the voters ultimately have to make a decision, it is important to recognise that Deb did make a commendable effort in our region, reflecting the importance of North Queensland.

That said, the moment belongs to the Premier and her Government elect. We recognise their significant commitments to our region and we thank them for that. After Cabinet is formed we will travel to Brisbane to meet with the new Ministry, as well as Shadow Cabinet and minor parties to discuss next steps for Townsville and North Queensland, and the State Budget which is due to be handed down before Christmas. We will be keen to get further information and clarity on the "Partial Commitments" and how those election commitments will come to fruition in a timely manner.

Like the government is, we are all getting on with the job, and as thankful as we should be, it is critical that election promises are delivered for the North as soon as possible. We have always said that the North’s expectation is nothing short of full delivery and we look forward to hitting the ground running with the re-elected Palaszczuk government and our six regional representatives to move from welcome commitments to essential real jobs and investment flowing on the ground.

As much as there has been a spotlight on the North in the past four weeks of this election, for us locally this campaign started over 12 months ago in Brisbane and Canberra. This was in the wake of the February floods, followed by budget submissions in December, a COVID-19 Economic Action Plan in March, and revised budget platforms in light of the pandemic with the theme to "Unlock the North".

The "Unlock the North" campaign promoted the narrative that, with the right enabling infrastructure and policy framework, the North can play a significant role in the economic recovery of the State and Nation.

We've been strongly promoting this message since June across videos, webinars, social media, a 'Meet the Locals' campaign, a delegation to Parliament House with a comprehensive meeting and event program, and publishing the levels of party commitment towards key projects and policies in the Townsville Bulletin as an 'Election Update' for three Saturday's leading up to polling day. 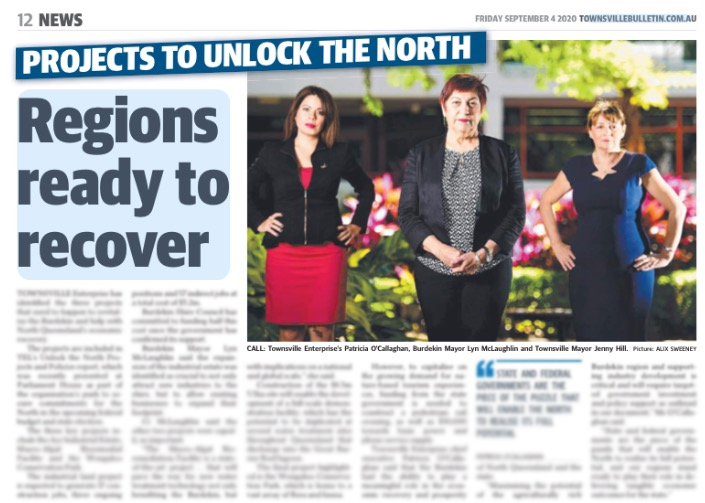 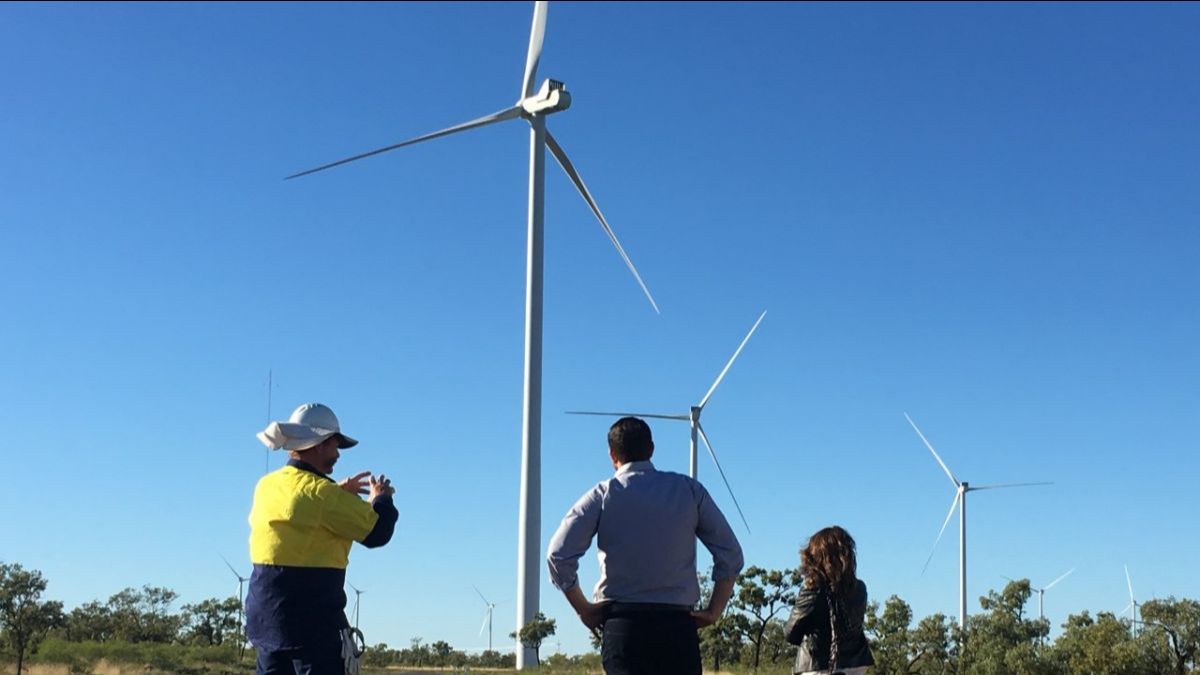 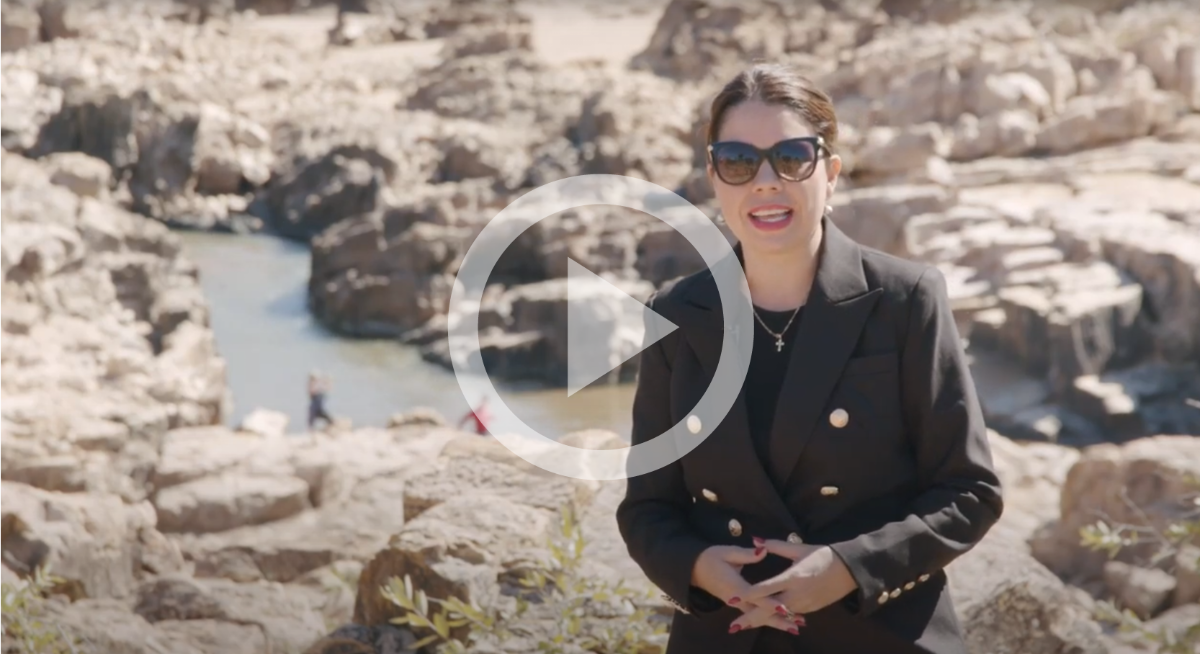 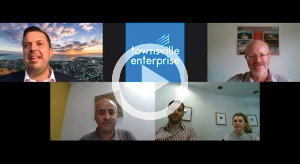 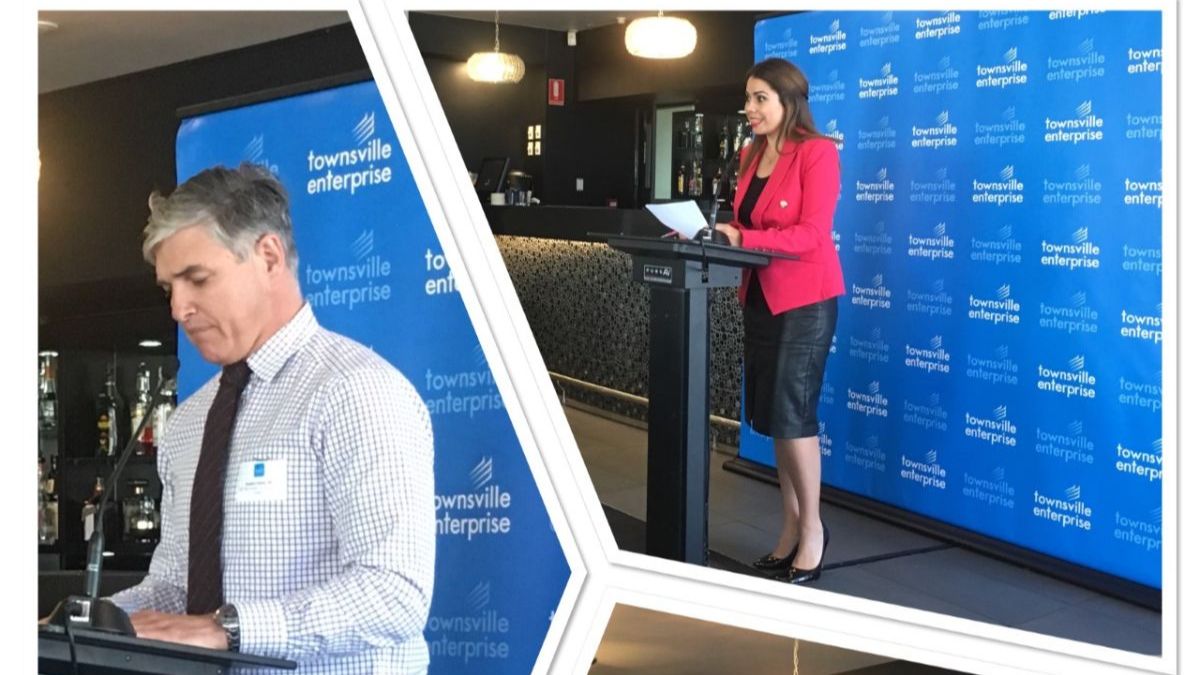 The targeted advocacy campaign for the 2020 State Election commenced in June 2020 with the North West Road Trip. This 1000km trip was designed to raise the profile of the region and identify challenges and opportunities that could be realised with the appropriate government investment and policy framework. More HERE.

The "Unlock the North Video Series" honed in on priority projects and areas of potential across North and North West Queensland's broad industry base, including interviews with regional mayors and the perspectives of industry leaders. Ten videos were produced and viewed more than 10,000 times. More HERE.

Due to COVID-19, our usual events program had a different look for this campaign where we shifted to an online offering. The “Unlock the North Webinar Series" saw six online webinars held with 640 registered attendees to discuss the priority projects for the region. More HERE.

Once restrictions begun to ease we held a Meet the Leader business lunch with Townsville Enterprise members to hear guest speaker KAP Leader and Member for Traeger, Robbie Katter's vision for North Queensland and the important role of his minor party in Parliament.

The "Meet the Locals" print and digital advertising campaign explained how the Unlock the North advocacy projects and policies will create jobs and positively impact on everyday North Queenslanders. Big Rocks Weir, CopperString 2.0, tourism infrastructure and experiences like the Paluma to Wallaman Falls Trail, and continued advocacy for the hospitality industry's recovery were all highlighted across these activities. 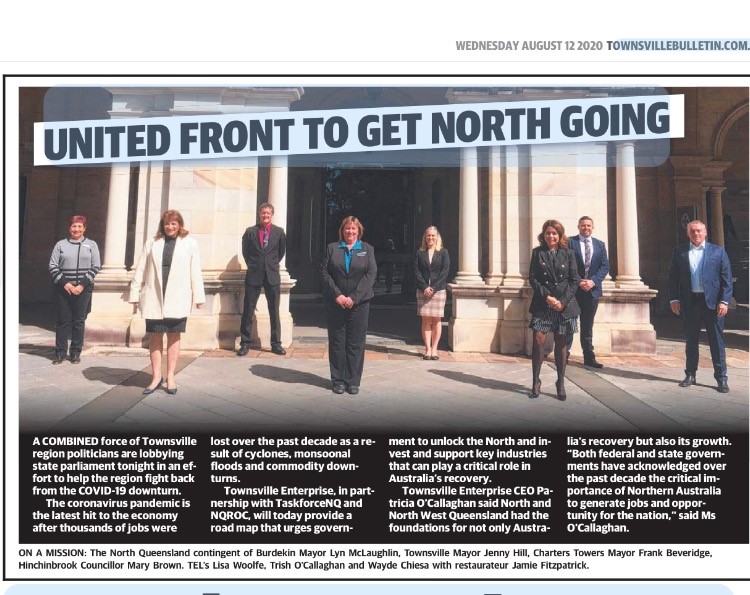 We also took a North Queensland delegation to Parliament House in August to meet with the Premier, Opposition Leader, KAP Leader, Cabinet and Shadow Cabinet Ministers to officially launch the Unlock the North advocacy platform with Taskforce NQ, our North Queensland councils (NQROC), and the private sector. Here we held 19 meetings over a 3-day program with representation from all political parties, as well as hosted four events highlighting key priority areas with relevant portfolios. View our delegation recap HERE. 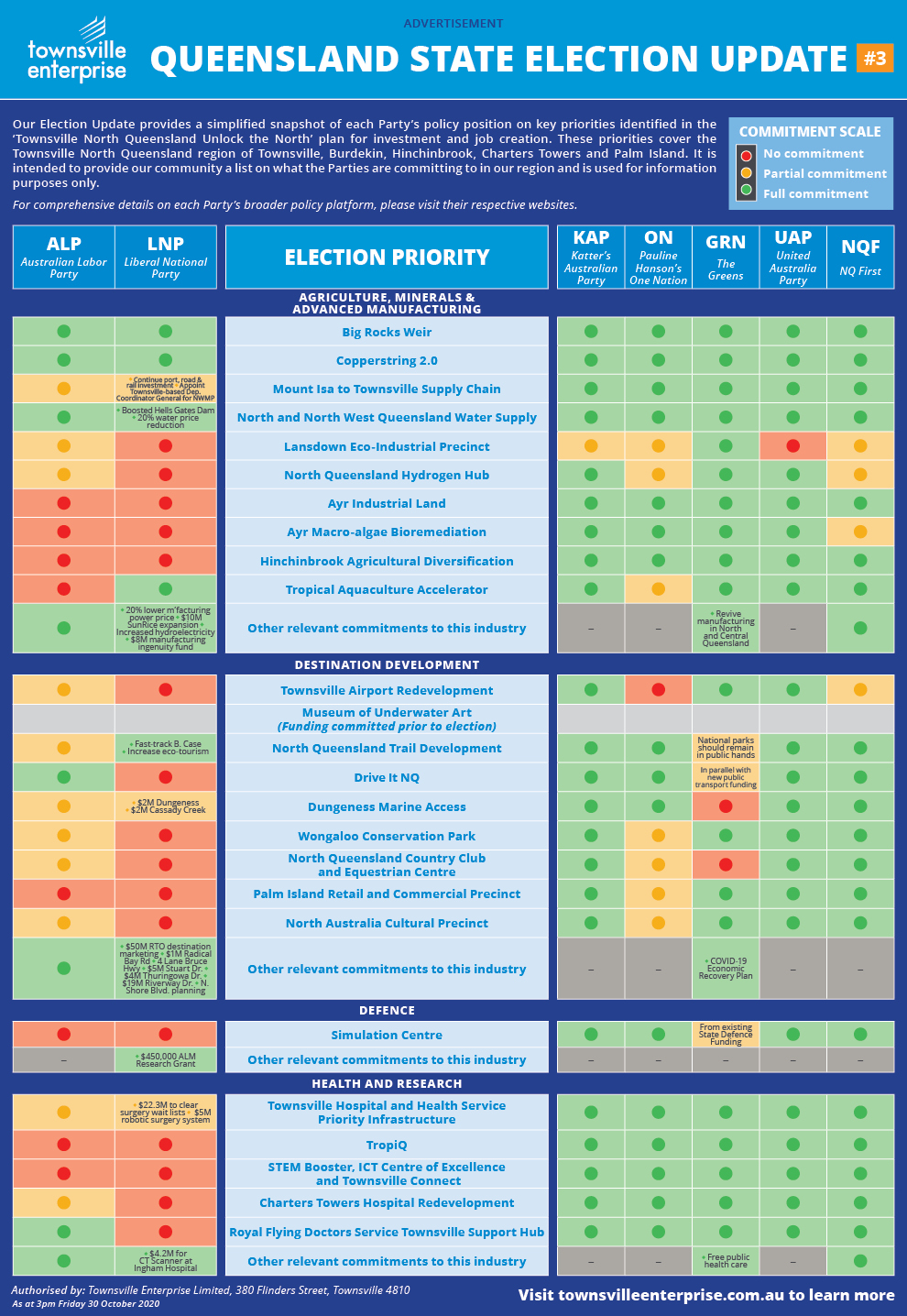 Across the four-week election campaign, Premier Annastacia Palaszczuk, Cabinet Ministers and the three Labor MP-elects made a raft of commitments, including:

Full details of each of Labor announcements can be found HERE