Advocacy Alert: It's time to be upfront on the Galilee Basin

North Queenslanders have had enough and we are now taking a stand.

Townsville Enterprise, the Queensland Resources Council and 20 leading North Queensland businesses have partnered to publicly call on all local politicians and candidates to declare their support towards the immediate opening of the Galilee Basin and the creation of jobs for North Queensland.

As a part of the targeted campaign that aims to get projects in the Galilee Basin started, Townsville Enterprise will publish an ‘Open Letter’ in today's (Thursday 18 April) Townsville Bulletin addressed to all local Members of Parliament, candidates and regional Mayors.

The call to action is the result of growing frustration and concerns from North Queensland businesses that after nearly 10 years since the Galilee Basin was put forward to our community, not one single mine has tuned sod. Instead, we see this opportunity for jobs being thrown around like a political football and the future of North Queensland families clouded by constant uncertainty.

We want the Galilee to immediately open and our politicians, who we have voted for, should stand with us.

There is much confusion and frustration as to who backs the Galilee Basin and who doesn’t, which is why we are putting the 'acid test' to our local politicians and candidates asking them to stand with us. And if they don’t, be up front about it.

It’s time we put the wood on local politicians at every level to sign the pledge to support North Queensland’s business community and the immediate opening of the Galilee; or admit they are bowing to southern activists and interests that don’t undertake what is needed in the north.

We need the long term jobs and investment the Galilee offers and we need it to start now. 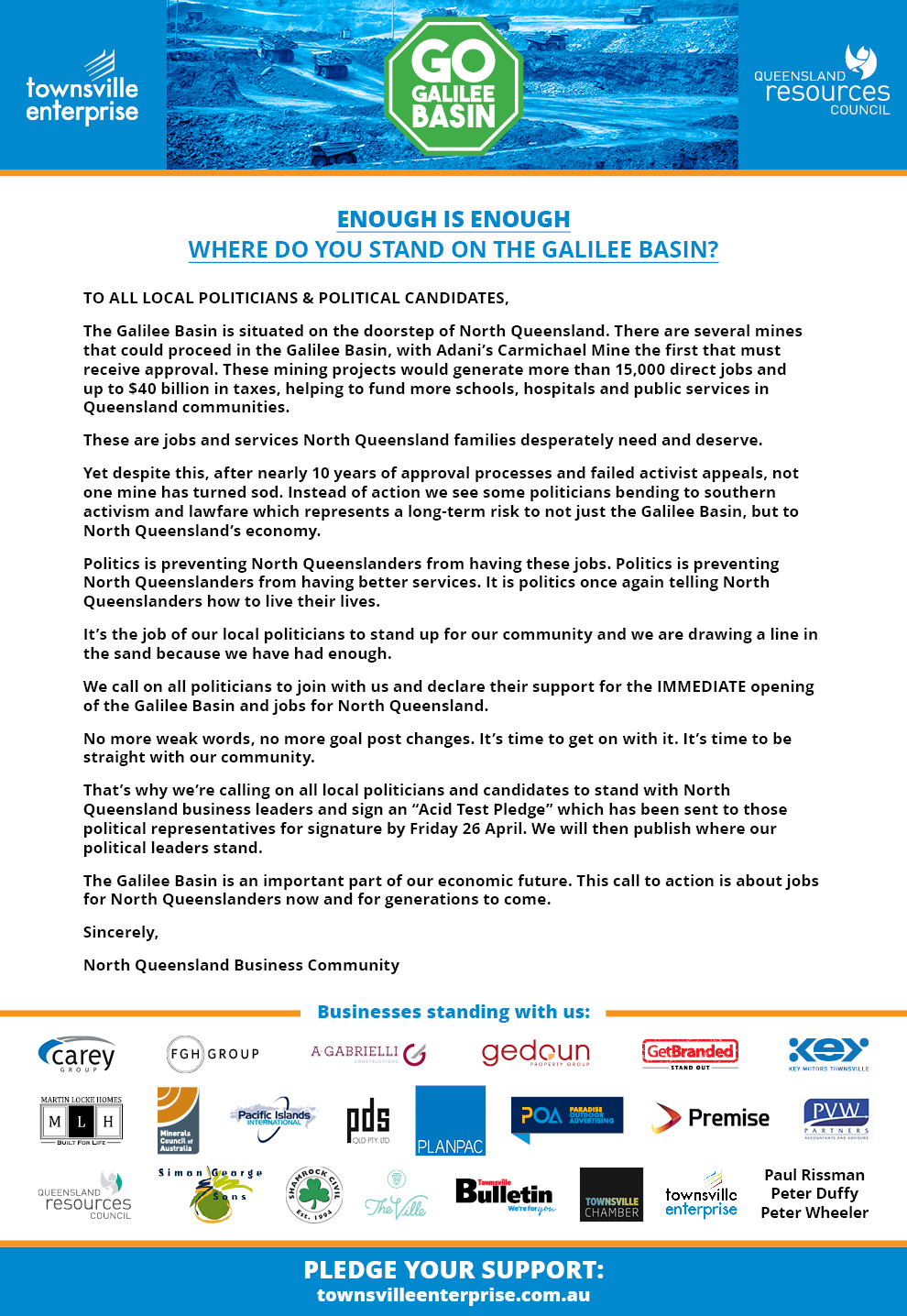