Bringing the sweet saltiness of the Great Barrier Reef to the lips of thirsty locals, the Townsville Brewery is creating a Gose using water from pristine John Brewer Reef. It’ll be the world’s first beer made using water straight from the World Heritage-listed natural wonder.

Bottling the flavour of a day out diving, the Townsville Brewery has teamed up with local operator, Adrenalin Snorkel and Dive, to collect 60 litres of water which will be turned into 1,600 litres of beer – or 2,807 pints! 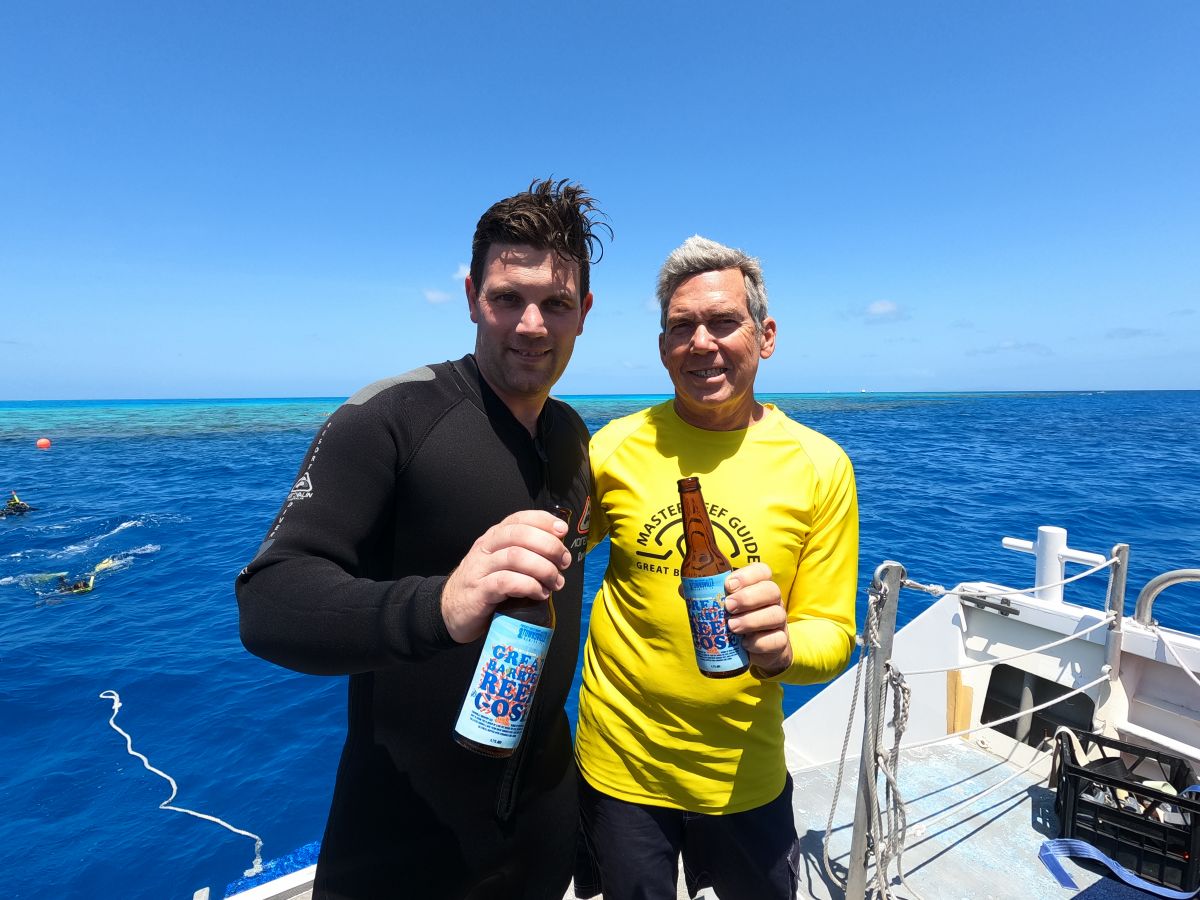 Head Brewer Glen Nolen said the idea behind the unique brew was to bring the flavours of North Queensland to a head and encourage more people to visit the region.

“Our goal is to bring more awareness to the Great Barrier Reef, especially the areas off Townsville, and highlight just how unspoilt and special it is,” Mr Nolen said.

Mr Nolen collected the water from John Brewer Reef, 80 kilometres from Townsville, while on a day trip with Adrenalin Snorkel and Dive. The location is also the site of Australia’s Museum of Underwater Art, an underwater haven home to a coral greenhouse and lifelike human structures. The area is teeming with bright, vibrant coral and hundreds of fish and other marine life.

Paul Crocombe, owner of Adrenalin Snorkel and Dive said he couldn’t pass up the opportunity to be involved in creating a beer with water from the Great Barrier Reef and it sounded like a good idea to help get more people visiting and learning about the reef.

“We know the water quality is really clean, so we just filled up the barrels off the back of the boat,” Mr Crocombe said.

“I think the big thing with the beer is it brings the reef to the attention of more people. It highlights the quality of the reef and how healthy it really is.” he said.

Prior to the water getting collected it was formally approved by the Great Barrier Reef Marine Park Authority.

Mr Nolen said, “all the right checks and balances were put in place.”

Townsville Enterprise Director – Visitor Economy and Marketing Lisa Woolfe said any initiative which highlights our spectacular reef and helps put Townsville on the map is very welcomed, especially while the tourism industry is dealing with such uncertain times.

“Townsville is the headquarters of the Great Barrier Reef, there is no other place in the world where the culmination of GBRMPA, AIMS and JCU brings together so many experts in marine science,” Mrs Woolfe said.

“In Townsville we have always been innovators and pioneers and this partnership to create another world first is a great example of how we can further extend the awareness of what we have to offer. It is here in Townsville where you can learn about the reef – whether through a dive trip, a visit to our museum or a beer at the local brewery.”

“Something like this gets people talking about our picture-perfect region and hopefully they see what we’ve got on offer and come visit.”

“John Brewer Reef has some of the best snorkelling and scuba diving on the globe, it is home to Australia’s first underwater museum, it’s only 2 hours from Townsville and now it even has its own beer!” she said.

For those who are sceptical on the idea of a salty brew Mr Nolen says salt gives the beer mouthfeel as opposed to tasting extra salty.

“It brings out flavours when you have salt in a beer. It will be slightly salty, but it won’t be seawater salty! It’s dry and refreshing, perfect for North Queensland. If you don’t believe me, you’ll just have to try it for yourself.”

Brewing has started and the product is expected to be ready and on sale to the public in 3 weeks. 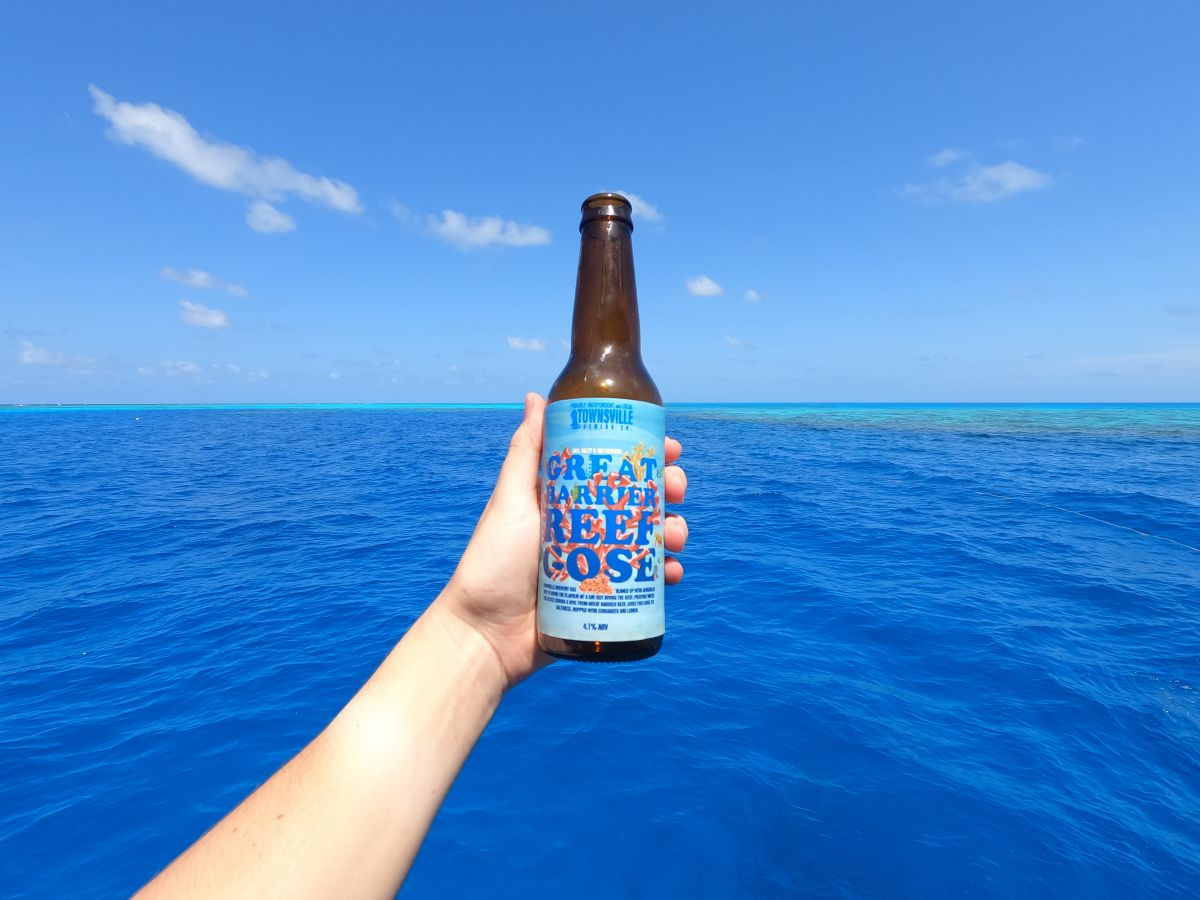