Townsville Enterprise has this week submitted recommendations to the Australian Small Business and Family Enterprise Ombudsman’s review into Public Liability Insurance which has become near impossible to obtain leading to the closure of local tourism businesses.

There has been an average rise in Public Liability insurance costs of approximately 35%, with the adventure-based tourism experiences feeling the brunt of these price rises or facing challenges in obtaining insurance.

The submission provided insights and key metrics into the Townsville North Queensland amusement, leisure, and recreation sectors and several challenges impacting the viability of business operations. Following comprehensive consultations with our region’s tourism industry, Townsville Enterprise believes the risk environment for public liability litigation can only change through government intervention.

We believe that the Discretionary Mutual Fund (DMF) proposed by the Ombudsman could be a viable solution for the short term, but the fundamental challenge around rising claims will still exist and need to be addressed. Securing Public Liability will also flow into other sectors (construction, childcare etc.). In conjunction with the DMF, we're recommending:

FROM THE CHIEF EXECUTIVE OFFICER... 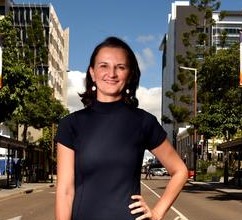 "Given the state of the industry and additional challenges faced from COVID-19, this is an issue of critical importance to amusement, leisure, and recreation sectors."

“The issue is starting to be exaggerated due to a ‘no win, no fee’ litigation arrangement. This is causing a major increase in claims which is why insurance companies are ultimately reviewing how they measure risk and the appetite they have to insure perceived ‘high risk’ activities.

“Compounded with the challenges that COVID-19 has caused, the tourism industry simply cannot survive without real solutions to the rising insurance challenges.”

HEAR FROM SOME OF OUR OPERATORS 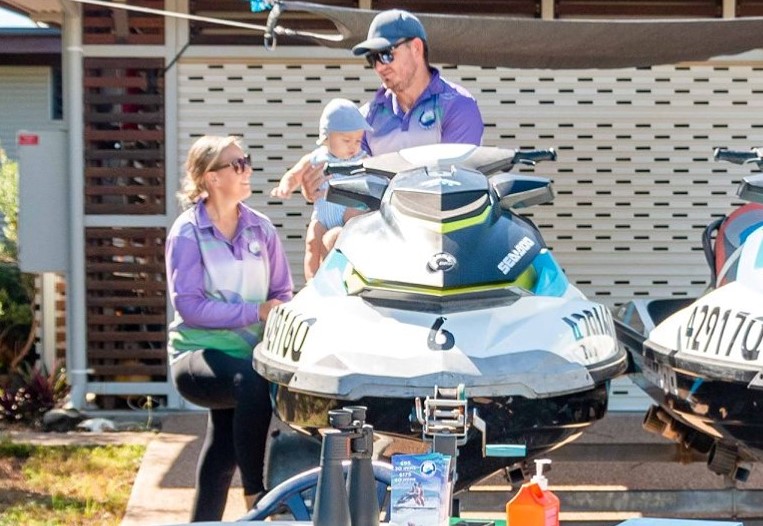 Ash and Andrew Eslick have operated Jet Ski Hire Magnetic Island for the past seven years and in the 30 years the business has operated it has never made a claim. Until in May when they were told their  insurance company would not be renewing their policy.

“When we first took over the business we were insured in Australia, until one year we were told that we didn’t fit the scope anymore for that underwriter,” Ms Eslick said.

“We were then forced to look offshore due to quotes from some of Australia’s larger insurance companies being completely unattainable - two separate Australian companies had offered a policy with a 400% increase.

“Whilst facing COVID-19 challenges in May 2021, we were then told about the issues facing the insurance industry and that Australia had one of the highest claim rates in the world due to ‘no win no fee’ lawyers, and that we were too high risk.

“Our broker then said we would not find insurance as the insurance we needed as required by the Queensland State Government did not exist. They then managed to pull a group of similar businesses together to sell the entire market to an underwriter, which now has a monopoly.

“Age restrictions have been the most detrimental to our operations where, for example, a 16-year-old can have a recreational PWC licence yet that same 16-year-old cannot hire a heavily restricted and 100% supervised jet ski. Additionally, we’ve invested and installed geo-fencing, collision prevention software, and GPS systems to strengthen our safety management systems even further.” 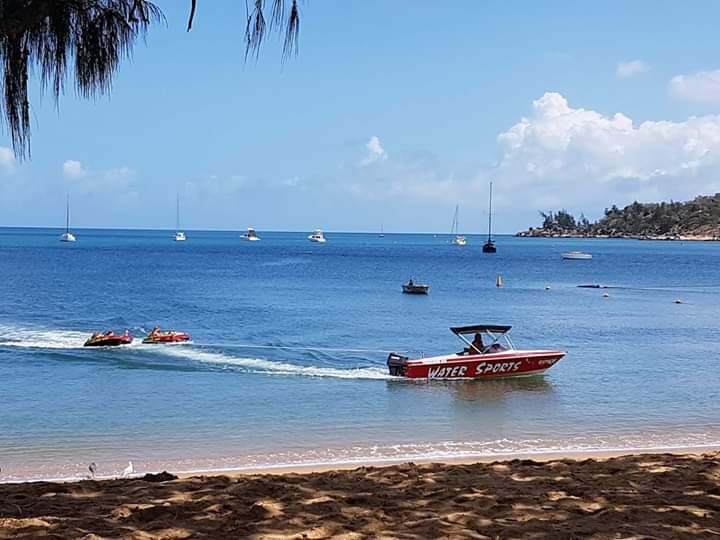 Dom and Kristen Spataro had operated the small family business, Horseshoe Bay Water Sports for 4.5 years with the business in operation for over 30. They had strong risk management systems in place and had not had any issues in securing insurance until September 2021. The business has this week closed indefinitely.

“On 24 September 2021, we received a phone call from our broker informing us that our policy would not be renewed, before we had even sent the application back,” Mr Spataro said.

“We then enquired to see what changes we would need to make to be considered an acceptable risk, only to be told that brokers were getting a blanket no from insurers and that they were not prepared to take the risk on tubing/inflatables.

“We understood when we purchased a business that there was going to be a reduction in income and there would be challenges but we never imagined we would lose it all because we couldn't get insurance.

“We had survived floods, the likes that had never been seen in 100 years. We were surviving a pandemic that locked the nation and the world down, but we will not survive this.”