Today we saw the Governor of Queensland swear-in members of the Palaszczuk Ministry at Government House almost two weeks since the Queensland State Election. We again congratulate Premier Annastacia Palaszczuk on her re-election for a third term and acknowledge the re-elected Member for Townsville, Scott Stewart on his first portfolio appointment as the new Minister for Resources.

This is an important portfolio to North and North West Queensland and it's positive for our region to have strong representation at the Cabinet table. We look forward to building upon our already close relationship with the Minister to now specifically engage with him, along with our region's mining sector, on the continued support and development of North Queensland.

As the Regional Tourism Organisation (RTO) for the Townsville North Queensland region, Townsville Enterprise congratulates Member for Sandgate Stirling Hinchcliffe's appointment as the Minister for Tourism Industry Development, Innovation and Sport. We look forward to working alongside the new Tourism Minister, the Assistant Minister and Member for Cairns Michael Healy, our fellow RTO's, and the local tourism and events industry, particularly at such a critical time as the sector looks to rebuild from the devastating impacts of COVID-19.

On Tuesday, the Premier also announced some initial Cabinet reshuffles prior to today's full announcement, including: 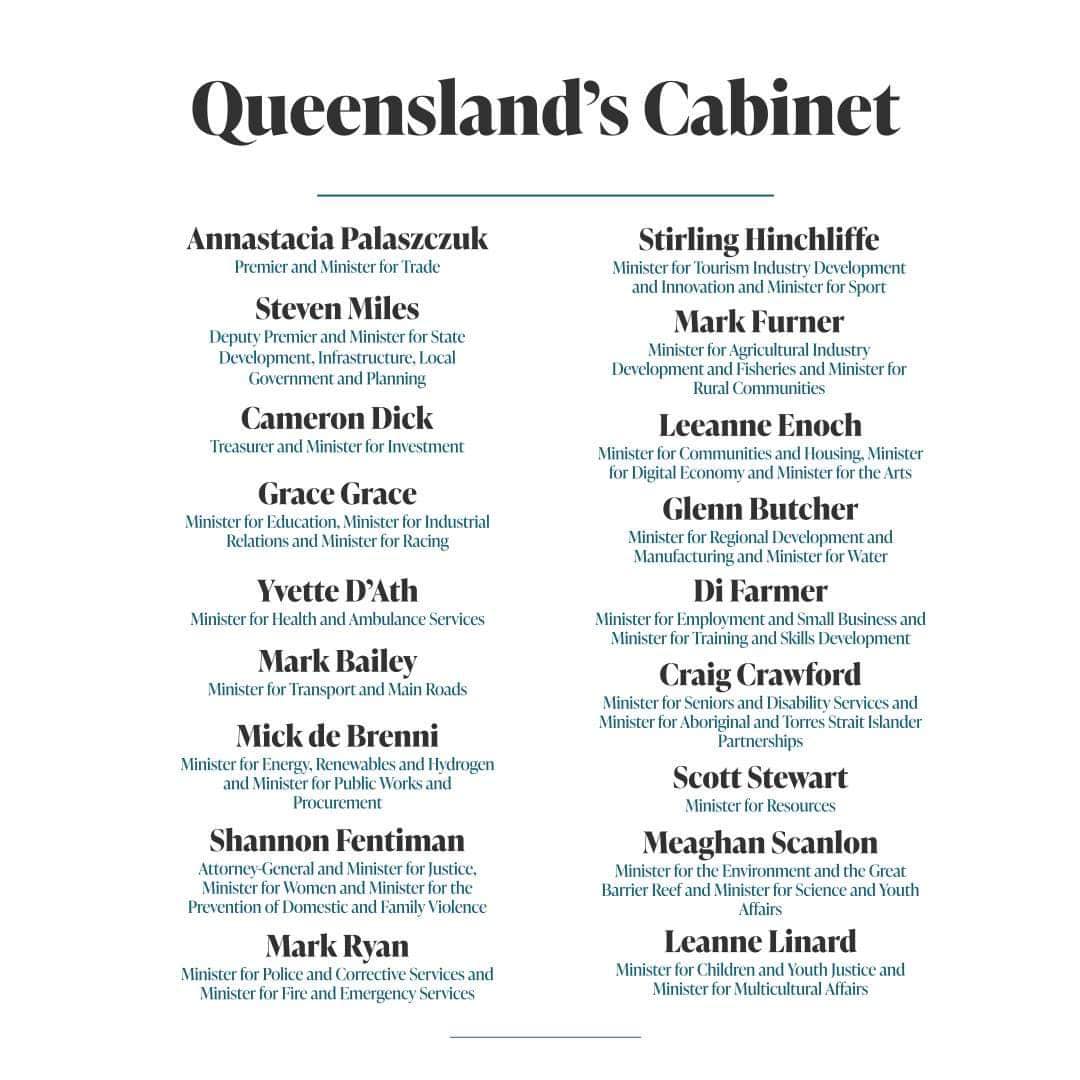 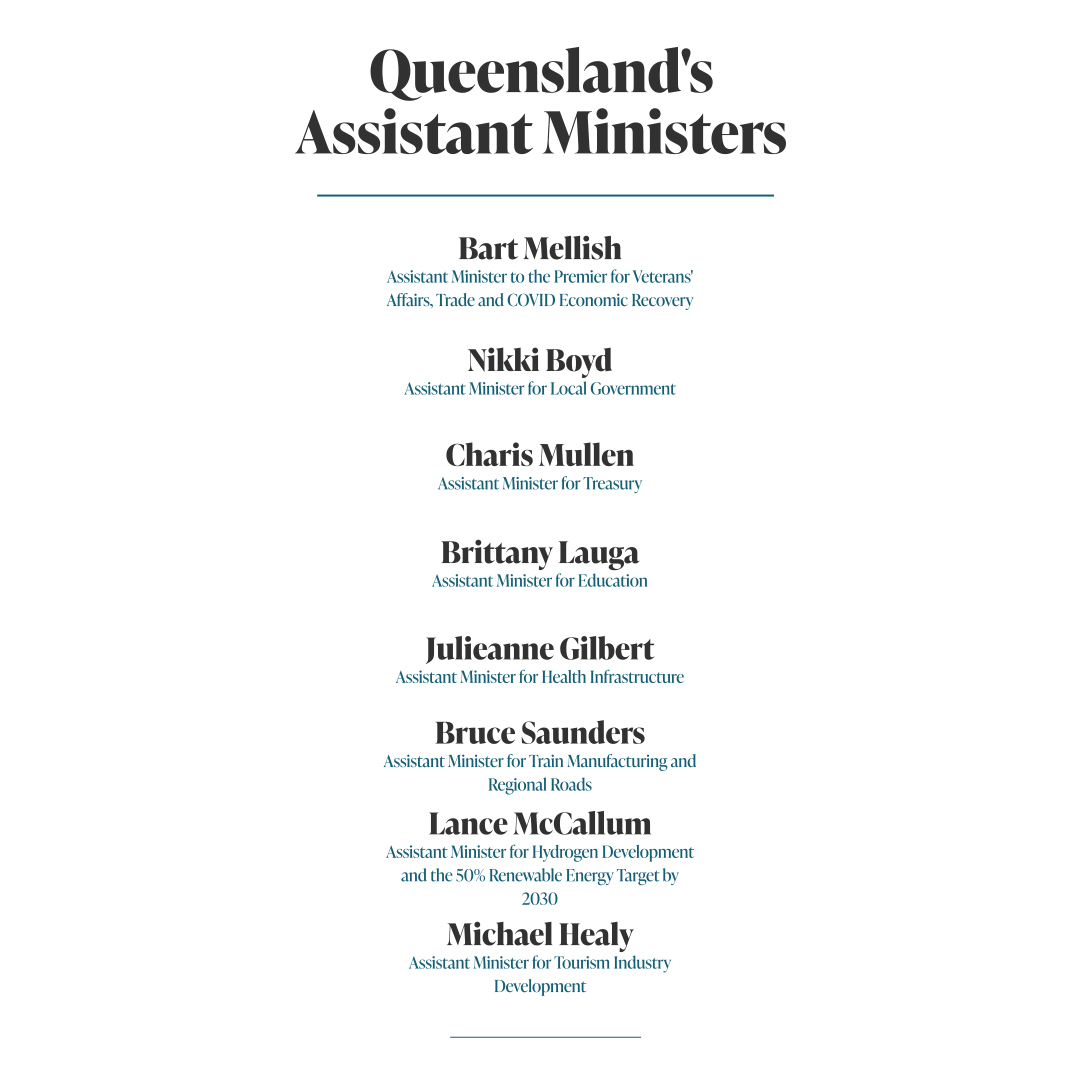 Over the past three years we have worked closely with all of the above state representatives - new MP Les Walker in his former role as a Townsville Councillor and Deputy Mayor - on strengthening North Queensland through job creating projects and policies that also aim to enhance our region’s liveability and attraction. We value the support and engagement we have had to date and look forward to continuing this strong working relationship as we rebuild our economy and create jobs following COVID-19.

Today we also saw the LNP party room elect Member for Broadwater David Crisafulli as Opposition Leader and Member for Toowoomba South David Janetzki as his Deputy. We congratulate them both on the new appointments and also acknowledge outgoing Opposition Leader Deb Frecklington and Deputy Tim Mander for their engagement with Townsville Enterprise. We anticipate Shadow Cabinet to be announced in the coming days and look forward to engaging with the Shadow Ministry across this next term of government.

Now that Cabinet has been formed, we eagerly await the announcement of Parliament sitting dates where we will travel to Brisbane to meet with the new Ministry, Shadow Cabinet and minor parties to discuss next steps for Townsville and North Queensland, and the State Budget which is due to be handed down before Christmas. Here we will discuss the eight fully funded Unlock the North priorities announced by the Labor Government and seek further clarity on the 11 partial commitments and how those election promises will come to fruition in a timely manner.

We have always said that the North’s expectation is nothing short of full delivery. We are ready to hit the ground running with the re-elected Palaszczuk Government and our six regional representatives to ensure these announcements don't remain simply as announcements, but turn into real projects, real jobs, and real opportunities for North Queensland.