Water, energy, tourism, defence, agriculture, transport, business/tax incentives, indigenous opportunities and relocating Government departments into North Queensland were just some of the key job creating projects and policies that were high on the agenda when Townsville Enterprise, the five regional mayors and 90 private sector representatives travelled to Canberra on a delegation this week.

Across the three day delegation, 16 different meetings were held with nearly 30 federal political leaders and representatives, including the Prime Minister and Opposition Leader, as well as hosting two key events to showcase the region to a range of parliamentarians.

The North Queensland delegation travelled to Canberra with a united message - "A stronger North, for a stronger Nation". The aim of the delegation was to ensure this message was heard loud and clear throughout the halls of Parliament House not only this week, but across the next eight months as we near closer to a Federal Election. 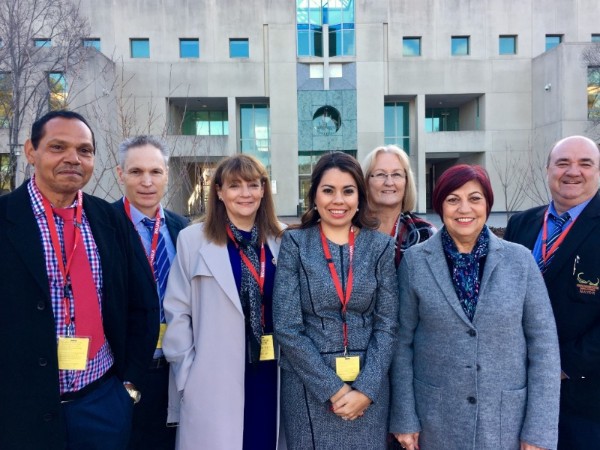 Day 1
Day one in Canberra saw the North Queensland delegation hit the ground running at Parliament House for the first day of meetings with:

At the conclusion of the first day’s meetings, Townsville Enterprise hosted 140 attendees at Mural Hall Parliament House to officially launch the 2018-19 Townsville North Queensland Federal Election Priorities, showcase the region’s economic progress and potential, and connect local political and business representatives to senior ministers. The theme for the event was ‘A Strong North means a Strong Nation’, where the spotlight was shone on Townsville, Burdekin, Charters Towers, Hinchinbrook and Palm Island and the significant contributions the regions contribute to the Australian economy. Each of the regional Mayors had the opportunity to provide the audience with an overview of their region and North Queensland as a whole.

Attendees included 60 various Federal parliamentarians and advisors, including Hon Dr John McVeigh MP (Minister for Regional Development, Territories and Local Government), Hon Paul Fletcher MP (Minister for Urban Infrastructure & Cities) and Hon Matt Canavan MP (Minister for Northern Australia) who each addressed the room as keynote speakers. They were joined by the 90 strong North Queensland delegation made up of local industry representatives from a wide range of sectors across the region. 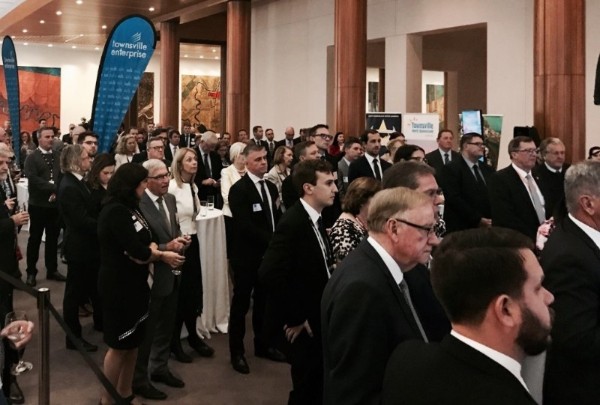 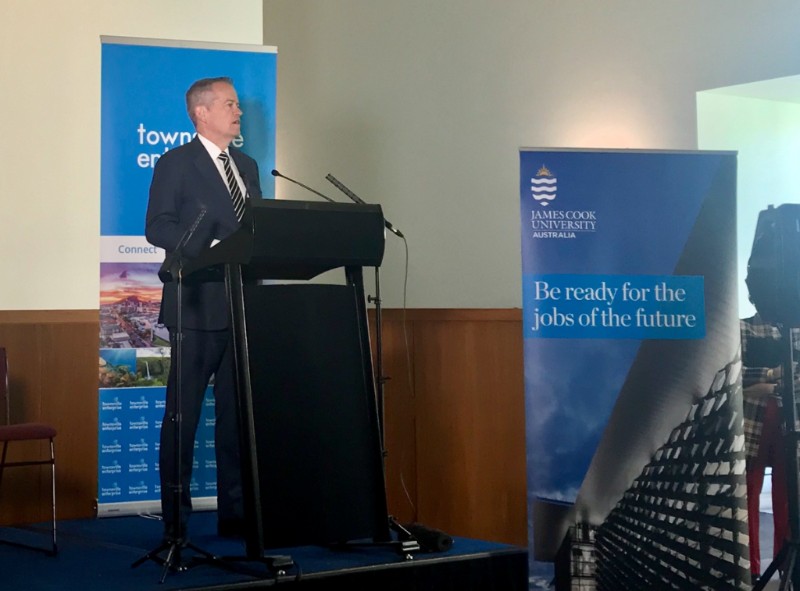 The meeting with the Prime Minister was positive and proactive, as he too reiterated his commitment to North Queensland. Focus points for the meeting included the Port of Townsville Channel Widening and the supply chain to the North West Minerals Province, the Comprehensive Strategic Partnership with Singapore, opportunities for Palm Island, long term water security, Hells Gates, and tourism development including the Museum of Underwater Art. 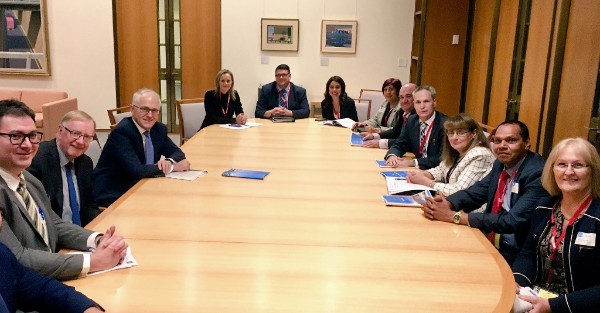 Day 3
The final day of ‘Taking Townsville North Queensland to Canberra’ saw the delegation meet with the Minister for Resources and Northern Australia, Hon Matt Canavan. The meeting gave Townsville Enterprise and the five Mayors the opportunity to discuss the Federal Government’s plans for North Queensland as a part of the Northern Australia Agenda to create national building projects in the North.

Further meetings held on the third day also included discussing the opportunities for the five regions within the portfolios of Hon Linda Burney MP - Shadow Minister for Human Services and Hon Doug Cameron MP – Shadow Minister for Housing & Homelessness and Skills, TAFE & Apprenticeships. The day was concluded after a series of meetings with Senators. 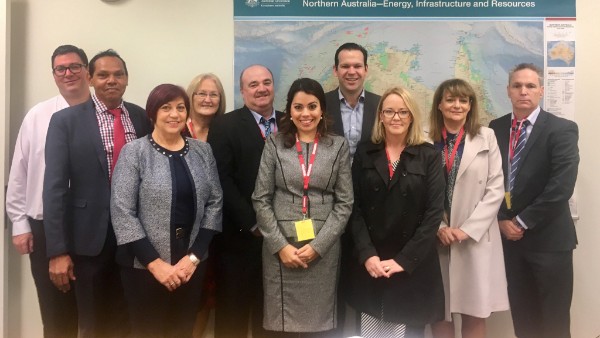 Having all five regional mayors, representatives from the private sector and Townsville Enterprise members presented a formidable force in Canberra this week. The contribution our region makes to the nation was strongly emphasised across all meetings, with constructive and positive outcomes resulting from those discussions. Public funds are exceptionally competitive and it was critical to make a statement on how important our region is in developing the north, and the overwhelming feedback from all parliamentarians was that this was achieved.

Thank you to Senator Ian Macdonald, Member for Dawson George Christensen and Member for Herbert Cathy O’Toole, and their offices, for assisting with the coordination of this program and for supporting the delegation.

Next steps will see Townsville Enterprise, the five regional councils and our local business leaders build on the momentum that was created this week and continue to advocate for the projects and policies that will secure our region's future over the next 150 years.