Today is a red letter day for Townsville and North Queensland. After almost a decade since the opportunity was first presented to our community, the Adani Carmichael Mine can finally get on with the job.

Adani Mining today received advice from the Queensland Government’s Department of Environment and Science that the Carmichael Mine's Groundwater Dependent Ecosystems Management Plan has been finalised and approved. This signals the end of the project's approval process and the beginning of a new era for regional Queensland.

Across the past eight years, our community's position on this project has not wavered. We have remained committed to seeing this opportunity through to usher in a new era for regional Queensland, creating jobs and economic opportunities today, tomorrow, and for decades to come.

As a community, we have been through the trenches supporting the Adani project because we knew what the broader opportunities meant for our region. We got ridiculed for our unashamedly supportive position, but our community and businesses dug their heels in and said that we would not be silenced, nor dictated to by minority interest groups.

By uniting with our neighbouring regions and industry bodies like the Queensland Resources Council, our community made a collective decision to stand up in the face of professional organised activists. Our message was clear and consistent - we were not going to cop being denied jobs and told that their campaign was more important than putting food on the table for our families.

This decision and efforts to get the rest of the Galilee projects on track will help restore Queensland's investment certainty, and that projects are approved on merit, and not determined by the noise of anti-business activists. The Carmichael Mine is one of many important projects that is required to build a strong future for jobs in Queensland, and importantly North Queensland at a time so desperately needed. 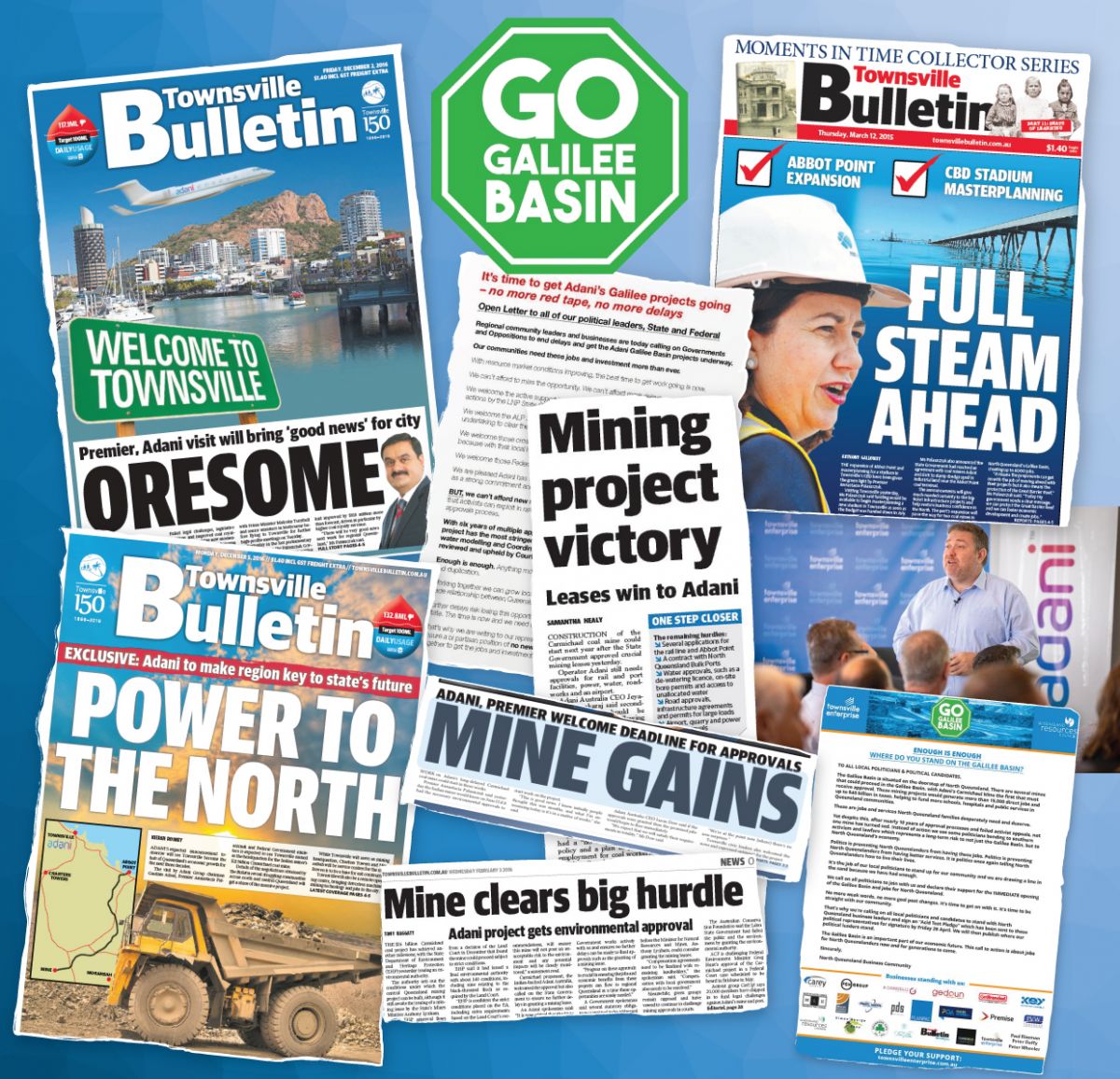 Adani Mining CEO Lucas Dow welcomed the announcement saying,“The finalisation of the GDEMP and Black-throated Finch Management Plan paves the way for construction to commence on the Carmichael Project and the delivery of much needed jobs for regional Queenslanders."

He also acknowledged the support the project received across the past eight years where "regional Queenslanders have been beside us every step of the way and we thank them for their ongoing support." More here.

We thank the tireless efforts of our media partners over the past eight years, particularly the Townsville Bulletin for turning our community's conversations into roars. We also wish to acknowledge Minister for Resources and Northern Australia, Senator Matt Canavan for his consistent position supporting this project and the opening of the Galilee Basin.

This is a positive outcome that will realise the true potential of the Galilee Basin and secure a strong economic future for the North. Today’s announcement in conjunction with North Queensland's recent wins of nearly $500 million in water and further investment into key projects are all vital to getting our region back on its feet. Today is ultimately a win for business certainty and we look forward to seeing the real jobs, real local investment and real local supplier contracts flowing from today’s announcement. 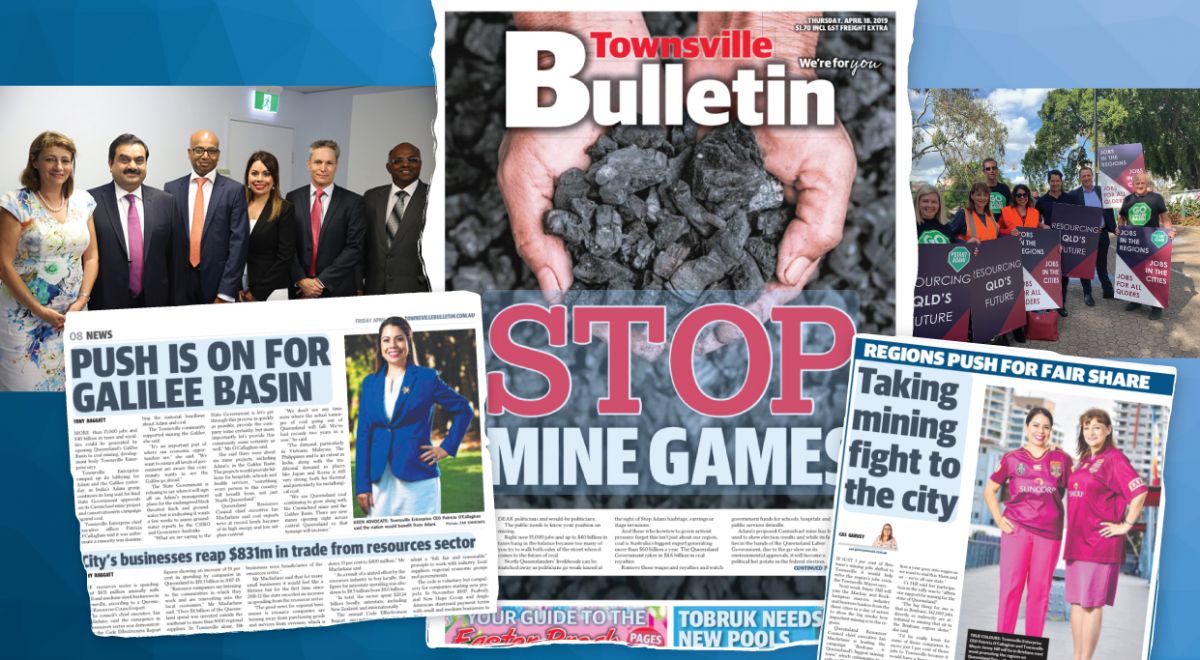