Advocacy Alert: Hells Gates Dam a once in a lifetime project

The $2.2M Federally funded Hells Gates Dam Feasibility Study has confirmed the viability of the $5.35 billion irrigated agricultural and power project on the upper Burdekin River following its review by State and Federal Governments.

The 12-month study, led by SMEC and project managed by Townsville Enterprise, found that construction of a large dam on the upper Burdekin at the Hells Gates site was technically and economically feasible, with no major environmental barriers found. The findings found that the project has the potential to redefine Northern Queensland’s agriculture sector and underpin long term export market growth and investment. 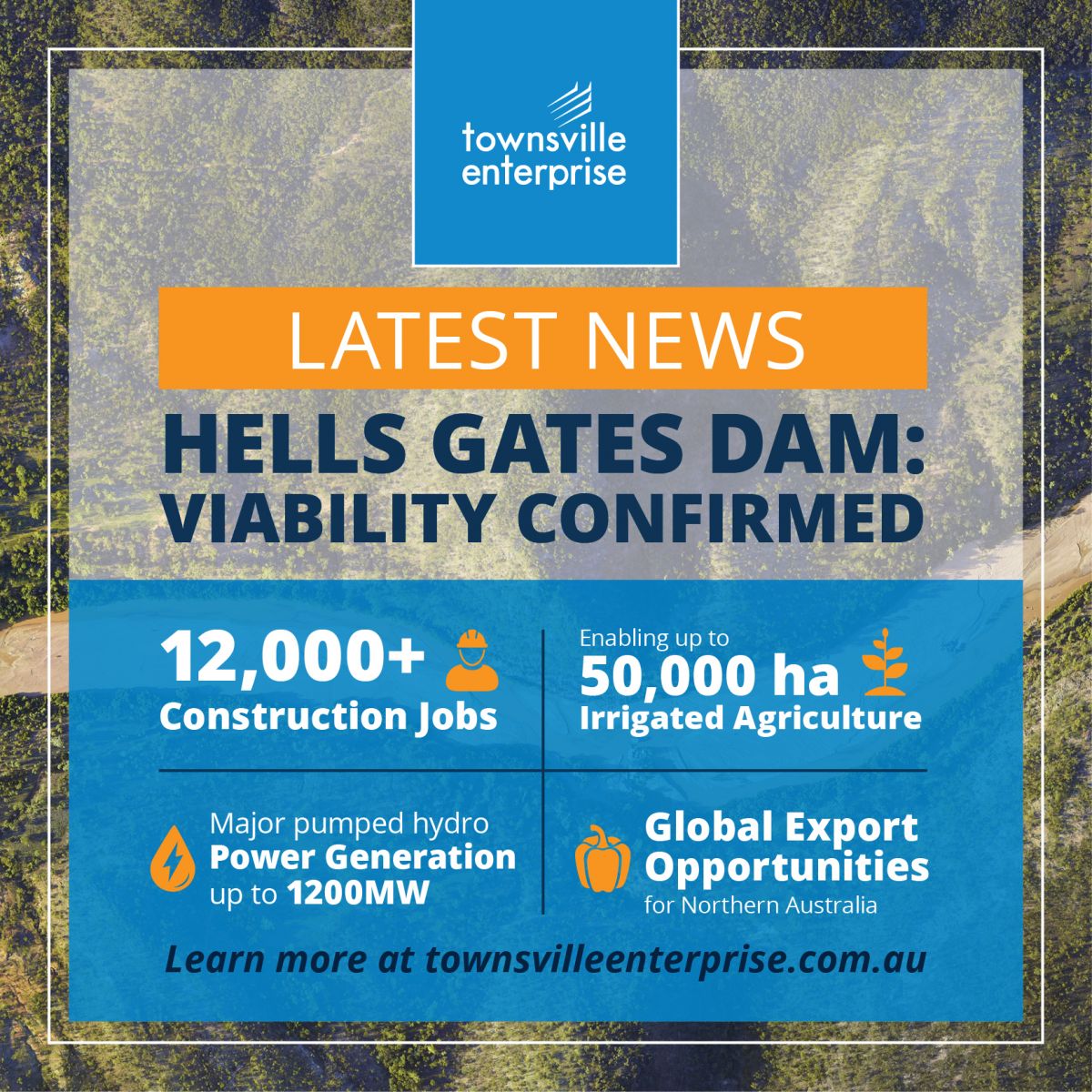 If a range of factors, including the development of largescale markets for high value agricultural products are realised, the project could inject billions of dollars into our region, potentially creating an estimated 12,000 jobs during construction and more than 5,000 direct and indirect jobs once completed.

While the study only covered preliminary investigations into the issue of power, it did suggest the potential for a pumped hydro-electricity plant, generating up to 1,200 megawatts of clean, low cost, dispatchable energy.

We acknowledge that Hells Gates is a long term vision to develop Northern Australia and that it is not relevant to Townsville’s current water security plans, as this is predominately an agricultural and power project.

For a project worth over $5 billion we need to make a strong case for Government and private sector funding including robust environmental and engineering assessments. The next step for a project of this size and scale is a detailed business case, and we will be working with all levels of government towards securing a commitment towards the $25M business case to progress this nation building project.

This is a once in a generation project that has the potential to not only shape a prosperous future for Townsville North Queensland but set the direction for the development of Northern Australia. This could be one of the largest dams in our nation's history that would fundamentally transform the nature of our economy. We are closer than we have ever been before to make Hells Gates Dam a reality and we will continue driving this project and building off this momentum to ensure it can be delivered to our region.