Across the five weeks of this Federal Election campaign, and indeed the past 10 months, our community has taken some significant steps together to secure the future of North Queensland. Businesses representatives, industry leaders, elected officials, and residents have put differences aside and united as a strong voice on some major issues facing the region. Today, on the eve of polling day, we stand together, galvanised by the common goal of ensuring our region is not out of sight and out of mind, and fighting until the very end to secure every opportunity for North Queensland.

In August last year, we embarked on a bold advocacy campaign, travelling to Canberra's parliament halls, along with a 90 strong North Queensland delegation, to present to all political parties a road-map of the projects and policies that in full would create over 3,000 new jobs in the region, and deliver a strong future for the north if supported by the Federal Government. That road-map is the same platform of priorities we have continued to promote to all parties at every meeting, every event, and every opportunity to ensure our region’s future would not go unnoticed ahead of this Federal Election. By standing united with Townsville City Council, Burdekin Shire Council, Charters Towers Regional Council, Hinchinbrook Shire Council, Palm Island Aboriginal Shire Council, Townsville Enterprise members, businesses and the community, for 10 months we have been sending a clear and consistent message to parties of all political persuasions that "a strong north, means a strong nation".

The 'stronger as one' message was followed up in February, following the floods, when we united with the Mayor's of the North and North West in Canberra to ensure our communities would not only receive government support through the immediate flood recovery, but to secure long term economic resilience. The importance of our region to the national economy was again reiterated through the platform of projects and policies included in our Federal Budget and Election Priorities which was presented and discussed in meetings with all parties across the political divide.

Hunting in a pack proved to be a winning formula with several commitments secured in the past six months, as well as during this election campaign period. We have received commitments towards major projects such as the Haughton Water Pipeline Stage Two, Hells Gates Dam/Big Rocks Weir and the Mount Isa to Townsville Rail Line, tourism infrastructure and destination development announcements towards DriveIt, the Cowboys Community and Excellence Centre and the Reef HQ upgrade, as well as industry development in Defence and Tropical Aquaculture. It's important to note that over $400M of hard infrastructure was locked into the Federal Budget before Christmas and we have received millions of dollars more in commitments from all parties to date. 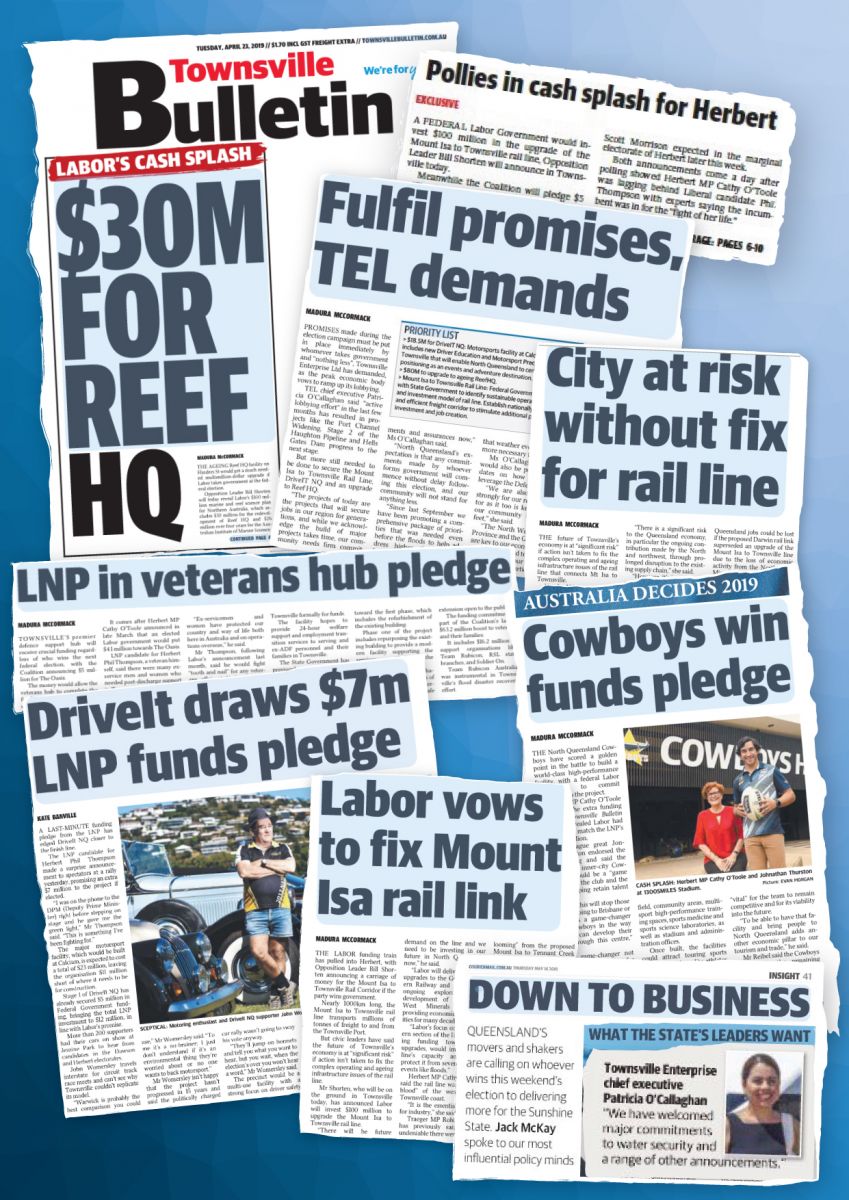 We also acknowledge the efforts of our media partners, in particular the Townsville Bulletin and Southern Cross Austereo, to ensure Townsville and North Queensland has not been out of sight and out of mind during this campaign period. We have received some exceptionally positive funding announcements and formal support expressed to a number of key priorities in our region which would not have been achieved without the loud voices from across the region.

Over the past five weeks our weekly Election Scorecard in Saturday's Townsville Bulletin has measured each party’s commitment to key priorities identified in the Townsville North Queensland 2019 Federal Election Priorities document.

Our weekly Scorecard has been a tool to inform community discussion and we have welcomed feedback not just from the parties, but from you in business and the community on how these commitments impact you as we move through to polling day tomorrow.

Following the outcome of this Federal Election, the party that forms government will be held to account for its commitments and support it has pledged to our community. This fifth and final Election Scorecard will be key to ensuring that party delivers on those promises and we look forward to the detailed plans on each commitment included in their broader policy platform.

This Federal Election campaign has been like no other. Never before have we seen the issues at a State level so heavily dominate the narrative of a national agenda as what we have over the past five weeks. Going in, we knew the spotlight would be shining bright on Townsville and Australia's most marginal seat in Herbert, but the level of attention our region has received from political parties and the media from across the nation has been unprecedented.

It's because the fate of the Galilee Basin has no longer been just barbecue conversation in Townsville, Mackay and Clermont, but discussed and debated across the whole country. Although the final approvals on the Carmichael Mine, the catalyst for the opening of the Galilee Basin, are sitting with the Queensland State Government, the positions from political parties at all levels and the opinions now formed from all Australians on this project will have significant impact on the results of this election. 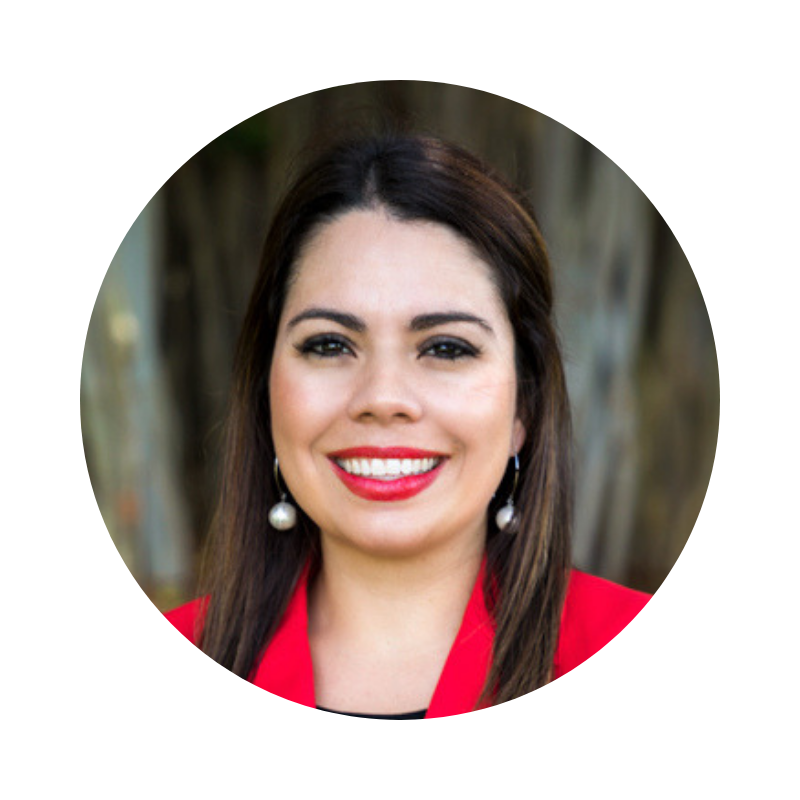 There is strength in unity and the past five weeks, and indeed the last few years, is a testament to how North Queenslanders can work together and against all odds secure wins.

Despite being a long way from Canberra Parliament halls, we’ve ensured we’re not out of sight or out of mind. Townsville Enterprise is honoured to be a part of a community that has turned good ideas into good policy and then into billions of dollars worth of committed projects.

During this election campaign alone we’ve secured millions of dollars worth of commitments, but of course there is more work to be done. Thank you to those in the community and across the region that have united with us and supported this advocacy and the fight for our future. We recognise that we are stronger as one and we will continue to stand together, not only across this election, but for the long-term as a collaborative unit committed to developing the North.

On behalf of Townsville Enterprise, I wish to acknowledge the current incumbents Cathy O'Toole, George Christensen and Bob Katter, and all the candidates for the seats of Herbert, Dawson and Kennedy, and I look forward to working with the representatives in these positions post election.