Today Queensland Treasurer Cameron Dick handed down the 2020/21 State Budget. The Queensland Government will focus on a "borrowing to build" strategy by committing $56 billion worth of investment in infrastructure over the next four years.

The Treasurer today announced that Queensland debt will reach upwards of $130 billion by 2023/24. Unemployment is projected to fall to 7 per cent over this next financial year from the current 7.7 per cent.

Over the past eight months, the North Queensland community has been sending consistent and clear messages to our State representatives defining our region's key priorities. This has been articulated through the 'Unlock the North' campaign in partnership with TaskforceNQ and NQROC, our Economic Action Plan delivered to the government in the first week of the pandemic, and ongoing engagement with our recently re-elected local State representatives, Scott Stewart, Aaron Harper, Les Walker, Dale Last, Nick Dametto, and Robbie Katter.

As a result, North Queensland secured funding commitments and support for key projects including $30M for construction of Big Rocks Weir at Charters Towers, an implementation agreement with CopperString 2.0, the Museum of Underwater Art Stage 3, Drive It NQ, and supporting the ongoing sustainability of Glencore's smelting operations.

We look forward to reviewing the budget detail related to the region's commitments and below is a summary of further announcements made in today’s budget:

$21.8B investment towards health facilities, including:

In the coming days we will further review this budget to ensure all election commitments that were made to our region are now budgeted. A full list of those commitments can be found HERE. 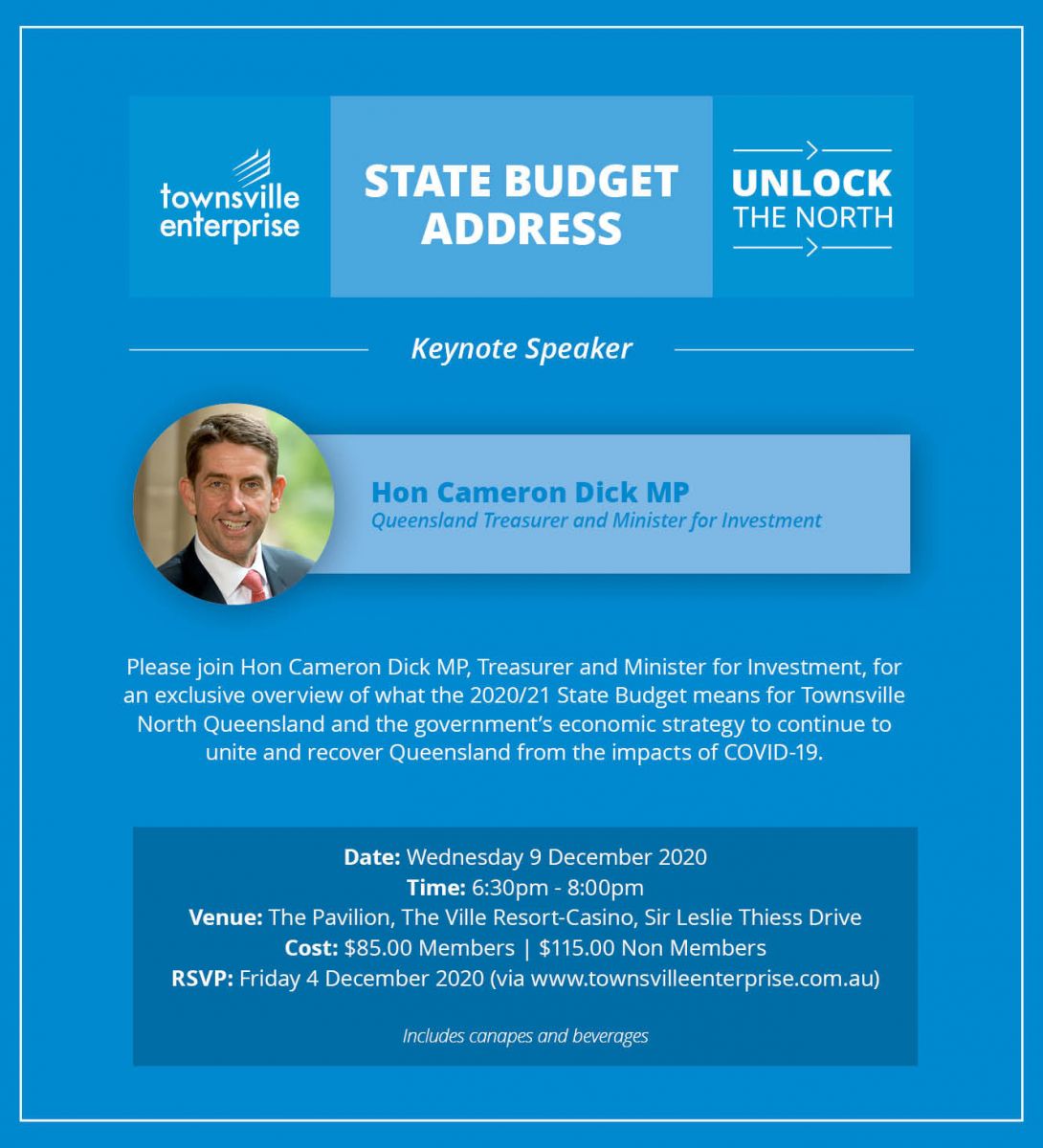 We know a Strong North is a Strong State and by leveraging our region's strengths and economic diversity across mining, agriculture, Defence, education, health, natural resources, and tourism assets, we have the potential to stimulate economic recovery and growth not just for North Queensland but the state.

We look forward to further unpacking today's budget when we host the Treasurer in Townsville next Wednesday 9 December for an exclusive overview of what the 2020/21 State Budget means for Townsville North Queensland.

"We greatly appreciate the time with our Federal leaders in #Townsville, including Acting Prime Minister… https://t.co/EzbLgd1Ouu"